Common law marriages are done, but make sure they aren't causing lingering issues for your estate plan.

Please fill out our contact form below to get started! 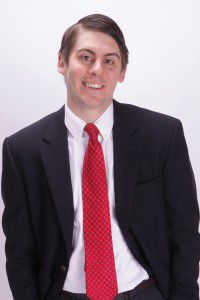 Essentially, to be common law married in South Carolina you just had to hold someone out to be your spouse and there had to be substantial proof that both parties intended to be married. With so many couples in modern society deciding to live together without being married, the decision as to whether they had entered into common law marriage was often one for judges that could take days of testimony and exhibits to prove. This especially became an issue when one party died. Often the surviving spouse would be entitled to certain benefits as well as a percentage of the deceased spouse's estate. These rights meant we have had several cases (and continue to litigate some final ones) in which determination of whether someone was common law married at the time of death could cause huge changes in inheritance rights.

Also, keep in mind that this case only addresses common law marriages moving forward. If someone claimed common law marriage before July 24, 2019, that will still be an issue for the Court. If you have additional questions about common law marriage or are concerned that you may have entered into a common law marriage at some point, we strongly encourage you to discuss this with an estate planning (and possibly a family law) attorney. These situations can cause major issues for your heirs if something happened to you before this was resolved.